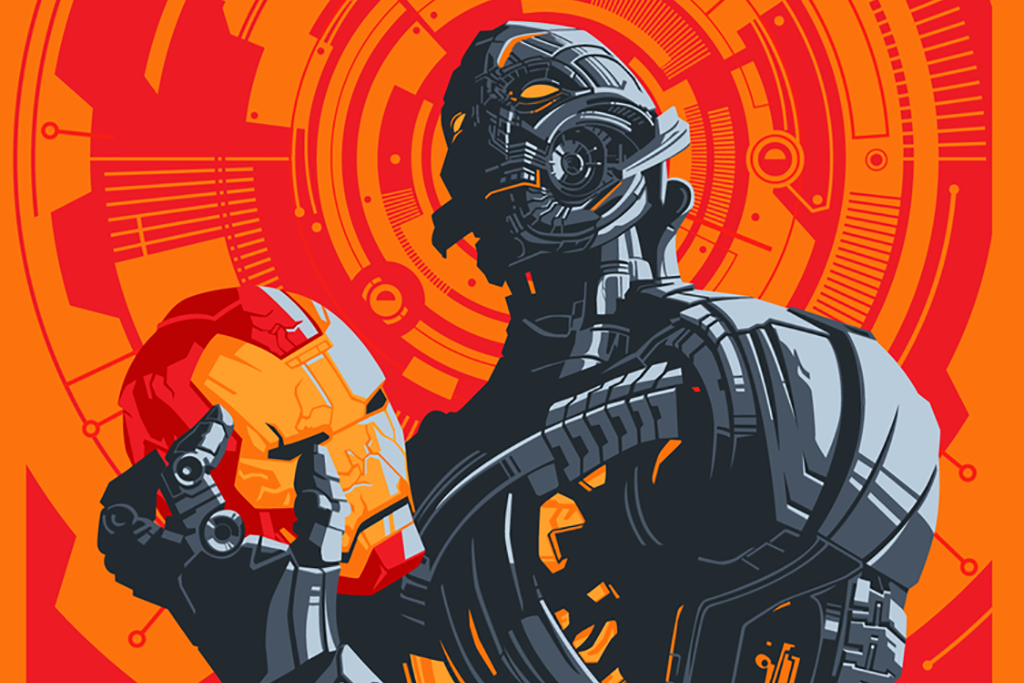 What does an artist do? 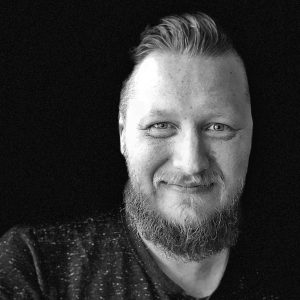 Danny Schlitz is an illustrator we frequently work with on Microsoft projects. Not only is he super-talented, he’s super-nice – not an easy combination to find. We consider him part of the family. We caught up with him recently to dig into what drives him as a creative. Take a look:

I’m curious how you originally got into design, illustration, and art.
I was always drawing as a kid, making art the whole time I was growing up. I’m from Eugene, OR and they’re very supportive of the arts. But I didn’t know how to make a career out of it.

Was there a certain point when you felt like art was something you could make a career out of?
As an artist in a small town, people would say, “what does an artist do?” They had no idea. My friend’s dad who was a policeman even suggested I draw the scenes in a courtroom.

I went to the Art Institute of Seattle because I wanted to get into comic book design. High school dreams. Great teachers there, came from the advertising and marketing world,  recommended I do graphic design and showed me I could have a career in art.

The hardest thing  when you first step out of art school is getting validation that you can actually get paid for the work. Getting a job doing what I went to school for was the challenge. Getting validation from employers that you’re good enough is a big deal.

When you graduated, did you start doing your own stuff, or take a job?
I started working for Humongous Entertainment in Bothell, WA. They made children’s computer games. It was a contract job for 3-4 months, with lots of other students. We were ink and paint artists — we traced the hand-drawn animation cells and colored cells with pixels. It was not lucrative to start!

Were you always a “computer” artist?
No. As a high schooler, my dad had mentioned to me that I needed to get started on computers. Back then, computers were a black screen with green type. I thought they would never replace hands-on art. MS Paint was my first computer art very early on. Then, my teachers at the art institute encouraged me to begin working on a computer – that was back in the mid-90s when things were changing really fast. Before then, there was a more hands-on approach to doing design. We would rub on letters, find photos in magazines and cut them out. Then it all changed to computers overnight.

I like creating art on the computer. It’s easier to be flexible– you can work from anywhere and move around. I’ll drop the girls off at dance, or their activities, and be able to sneak an hour or two in on work with a mouse and a laptop. I want it to feel as close to hand-drawn as possible, even though I draw with a mouse.

How has being based in the northwest affected your work?
There’s a lot of inspiration as far as the natural surroundings. It’s lively and there are a lot of interesting people. There are also a lot of tech companies here so it’s a lot easier to make a living. I do work for Microsoft, Samsung, Amazon, Indeed.com.

What advice would you give someone who’s just getting started?
Be flexible. Set big goals and also smaller, more achievable goals. Have lofty aspirations but realistic expectations. Smaller goals make you feel like you’re making progress. In between smaller goals and larger goals I’ve found a happy place and fulfillment in the experiences I have now.

You’ve worked for internal groups at brands like Microsoft and for creative agencies, what are the differences? Has it changed over the last few years?
The difference between in-house- they really know what they want, and we can often come to solutions really quickly.

Agencies sometimes have something to prove, which I understand. They want to prove that they have great ideas and concepts and have to work very hard to prove themselves – that they’re worth it. Often times working with an agency I feel like I can come up with much more creative options. I can make even better work with an agency than I can internally. But the process is easier in-house but the end result is not as good as when I work with an agency. More creative, bigger, better ideas at an agency. Internally, there’s a lot more scrutiny. Especially with really good art direction coming from an agency. An agency as a fresh perspective because they’re not mired down by the details that a client team has. They know all the internal workings about what’s appropriate. They’re focused on their goals and their end game. A creative agency can bring in ideas that are out there.

How do you stay creatively inspired?
There’s a restlessness in me not to settle. There’s satisfaction in where I am right now, but I don’t want to get too comfortable. I want to try new things. That’s why my portfolio has lots of styles and different types of work. Inspiration – if you’re always looking for it you’ll find it. But if you settle, and get too comfortable, as a creative person you get stuck.

What’s next?
I’m also looking for inspiration beyond what I do day to day. To try to be creative on a schedule and a budget is always a challenge – trying to manufacture creativity is tough. Sometimes I try to work through an idea and I run into walls. It’s important to power through it.

“As an artist in a small town, people would say, “what does an artist do?” They had no idea.

My friend’s dad who was a policeman even suggested I draw the scenes in a courtroom.”

About Sarah: Sarah Pittenger is a Circa employee, co-owner of family winery Gros Ventre Cellars, and working mother to two small children and one crazy dog. When she can find free time, you’ll find her exploring the Sierra, walking vineyards with her husband, or reading a good book.